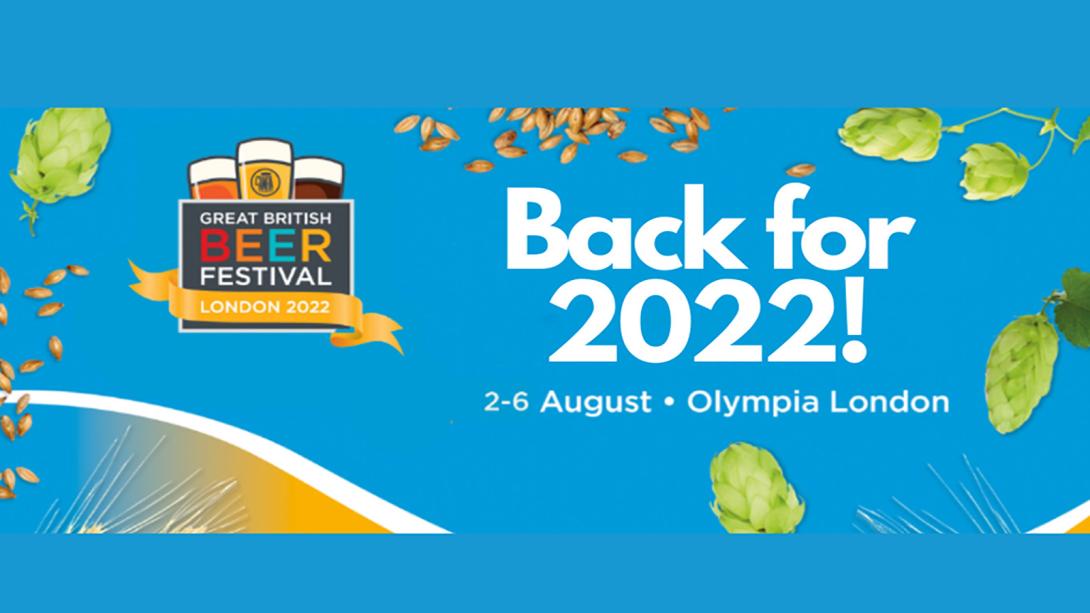 There’s just 100 days to go until the Great British Beer Festival opens its doors to the public - boasting over a thousand British and international beers, ciders, perries, wines and dedicated gin bar.

Britain’s premier beer festival will be returning to Olympia London from 2-6 August 2022 following a two-year hiatus due to social distancing measures and crowd restrictions during the COVID-19 pandemic.

The Great British Beer Festival, now in its 45th year, will once again feature quality live beer served from across the British Isles. Craft brewers will join stalwarts of the brewing industry in a collaborative effort to celebrate and showcase the very best beer Britain has to offer.

Recent brewery sign ups include Brew61 and Vocation, who will be joining the likes of Harvey’s, Titanic and Adnams. New sponsors Wetherspoons and Beer52 have also been confirmed.

This year visitors can also sample some of the very best cask beer America has to offer, thanks to a cask beer exchange set up between the Great British Beer Festival and the New England Real Ale Exchange. This makes GBBF the sole destination to find quality American brew in cask – a rarity even across the United States itself, where keg is predominant.

Tickets are now on sale - entry is £20 and visitors will receive a souvenir glass, programme and two half-pint tokens to kick off their day of beer tasting. VIP and corporate ticket packages are also available.

Tickets to the Great British Beer Festival can be purchased at https://gbbf.org.uk/

CAMRA is still recruiting brewery bars, so make sure to contact us directly if you would like to have your beers featured.

The festival opening times are:

Last Admission: half an hour before close.